Since the xScreen utilizes pass-through power technology and docks onto your Xbox Series X through the HDMI and USB ports, the display is able to function using the console’s power without the need for any additional cables.
By Mr Gadget 21 July 2021 5 Mins Read
Share on Facebook Share on Twitter Pinterest LinkedIn Tumblr Email

The xScreen is the ultimate portable display for the Xbox Series S, offering a stylish and lightweight design that’s easy to install and powered directly by the console. No fussing with extra cables and no more fighting with your housemates about who gets to use the TV.

Being a console gamer comes with some great perks. You get the killer exclusives, a more user-friendly interface, easy to set up design, and the ability to play games with your fellow console owners. One thing that has plagued consoles for the longest time, however, is the lack of portability. You’ll have to find yourself an outlet every time you’re on the move, not to mention a compatible display to game on. Fortunately, the xScreen has a pretty nifty solution for the latter.

This portable screen was built specifically for the Xbox Series S, with a seamlessly attaching design and a power system that siphons its juice straight from the console itself. In this xScreen review, we’re giving it a test run to see if it really is the definitive portable display your Xbox Series S deserves.

Can’t stick around for the entire review? Just click any of the links below and we’ll take you right to that section.

The xScreen was created developed by Australian tech start-up UPspec Gaming – a currently small-time company helmed by two siblings looking to conceptualize and develop out-of-the-box gaming peripherals and accessories. This portable display marks their first invention, giving Xbox Series S owners a dedicated screen to use whenever they’re away on a trip or don’t have access to a television.

It integrates with the console perfectly and doesn’t require any extra cables since it’s powered directly by the Xbox. As a bonus, the xScreen comes with a couple of built-in speakers and it can facilitate pass-through power and storage expansion. No more arguing with your siblings or significant other over who gets to use the TV and never again will you be stuck in a hotel room without a proper display for your console.

The xScreen snaps right onto the back part of your Xbox Series S, connecting via the HDMI and USB ports. This eliminates the need for any extra cables or a second power system since the display is directly powered by the console. All you have to do is use your original console power cable to simultaneously run both the screen and the Xbox.

The peripheral was designed with pass-through power, allowing you to supply electricity to both your console and the screen through one power source. You won’t have to worry about it blocking the storage expansion slot either since it was built to accommodate the official Seagate Xbox expansion drive.

The entire peripheral weighs just under 700g and the display itself folds on top of the console like a laptop, making it incredibly easy to transport the xScreen along with your Xbox Series S. And whenever you’re in the mood play, all you need to do is find an outlet, flip the screen up, and fire up the console.

Forget your headset at home? No problem. The xScreen comes with a pair of built-in stereo speakers so you never miss a beat. You can also control the display options directly from the peripheral, including the sound volume, brightness, and other screen settings. 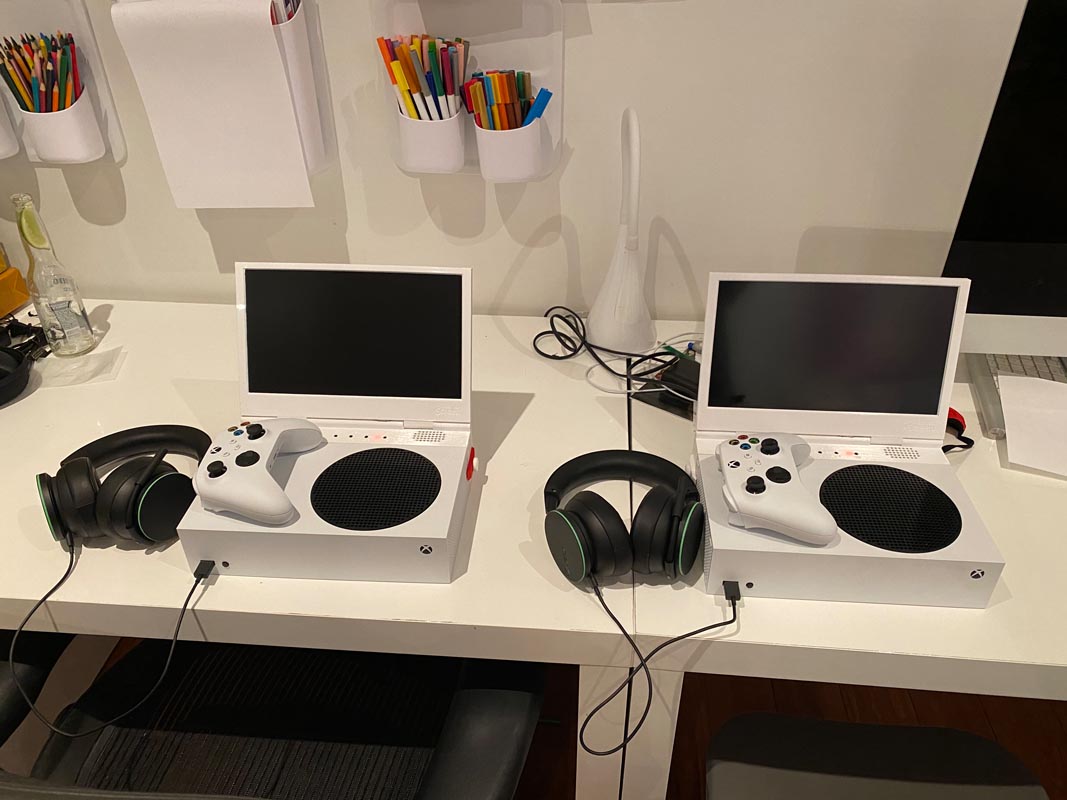 The xScreen patterns itself after the Xbox Series S, donning the same all-white colour scheme and similar plastic build. There are even perforations on either side just like the vents on the console. The accessory excels in its goal of blending in flawlessly with the Xbox, appearing more like a part of the device rather than an extension of it.

There are a couple of latches on both sides, securing the display and console in place. The bezels on the screen itself are fairly thick and could’ve been slimmer to allow for a little bit more visual real estate, but it’s not too distracting. Overall, it’s a well-designed piece of equipment that looks right at home attached to your Xbox Series S. 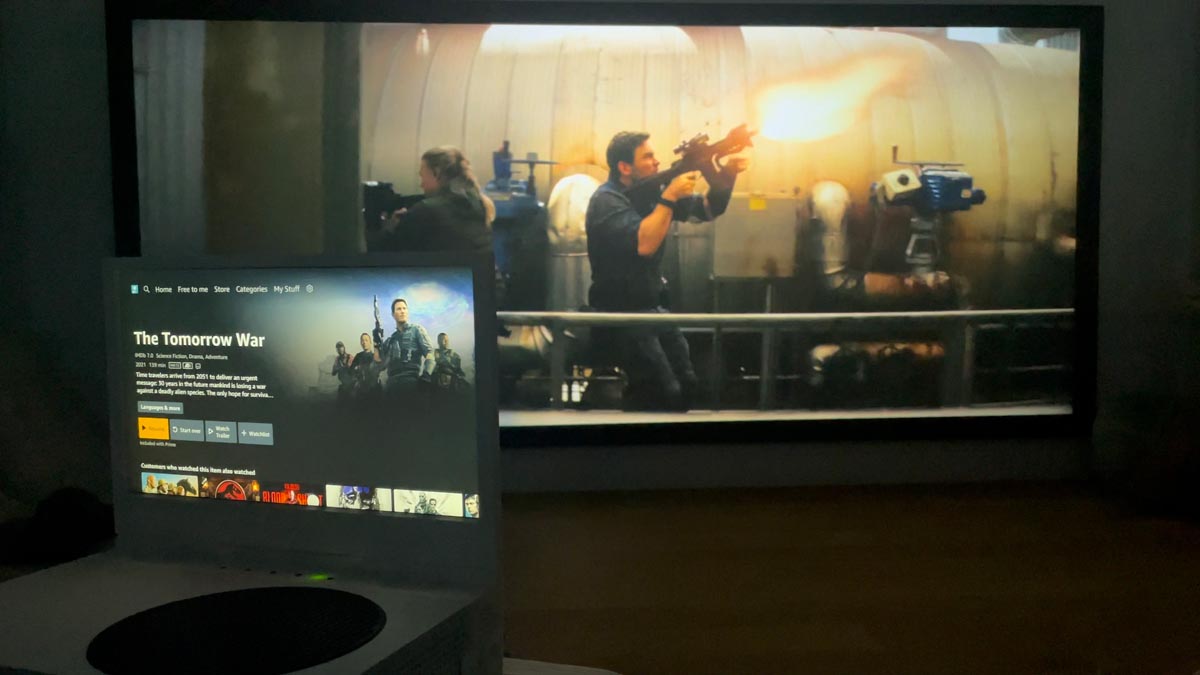 How does it work?

Lucky for Xbox Series S owners, the xScreen is remarkably easy to install and operate. You start off by attaching the display to the back of the console by making sure that the USB and HDMI ports are properly inserted. Next, you secure the peripheral in place via screwing on the side latches till they’re nice and tight. 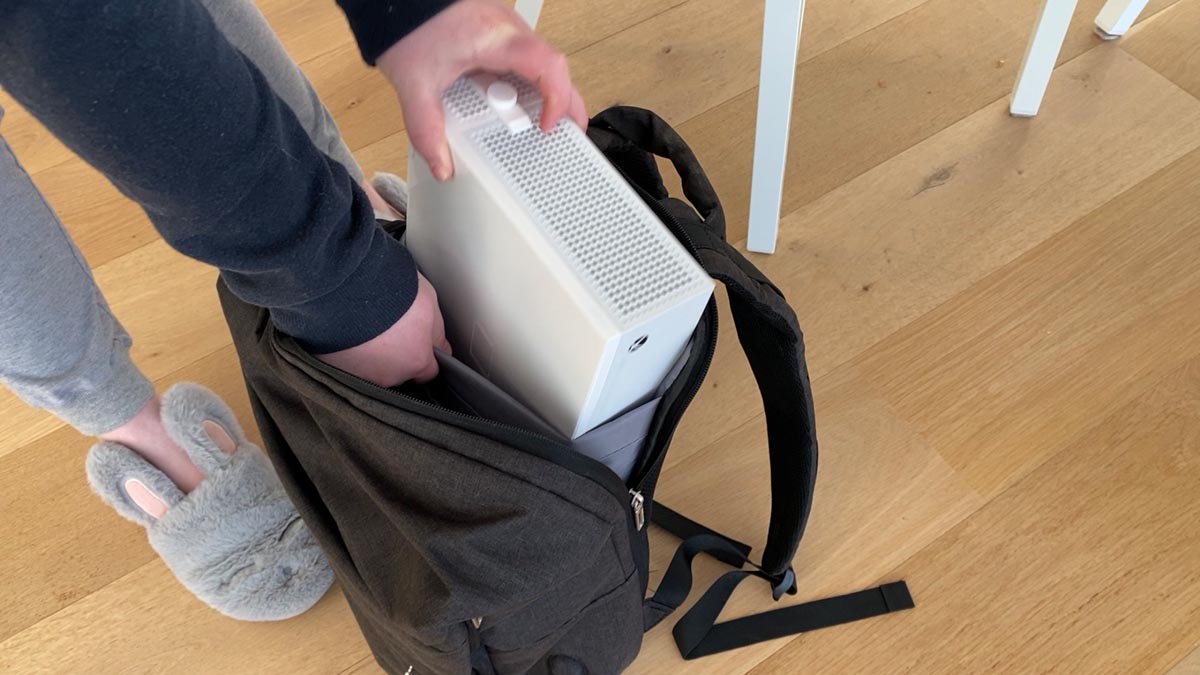 There’s no shortage of excellent portable screens on the market, but having one designed particularly for the Xbox Series S is hard to come by. Not only does it match your console’s style down to a tee, but its pass-through power capability means that you won’t need a second power source to work it since it draws electricity straight from the Xbox.

The built-in speakers are also a nice touch so you won’t be caught without audio even if you forget to bring along your headset. If you’re looking for a simple to operate display that you can easily carry around with your Xbox Series S wherever you go, the xScreen is definitely your guy. Just know that it doesn’t exactly come cheap 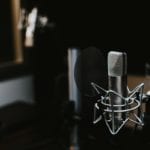 Starting a podcast? Here are 3 pieces of equipment you need 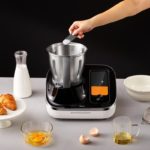 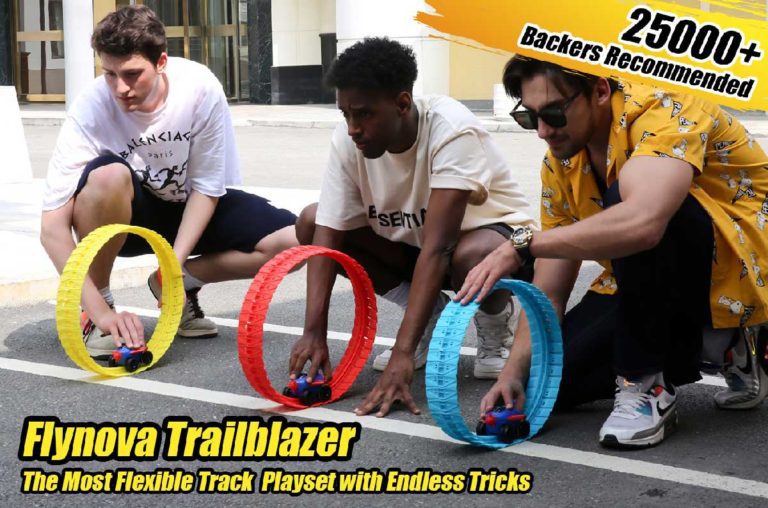